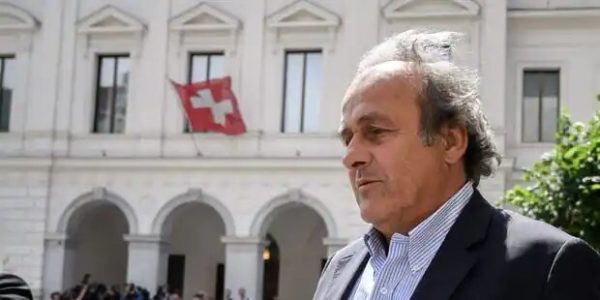 The trial is not over, but a step was taken on Wednesday 15 June in Bellinzona (Switzerland). The Swiss prosecutor’s office has requested a one-year and eight-month suspended prison sentence against Sepp Blatter, the former FIFA president, and Michel Platini (pictured above), the former UEFA boss. The two men are accused of defrauding the football body, with the former Swiss leader giving his French counterpart a payment of 2 million Swiss francs under a single “oral contract”. Prosecutor Thomas Hildbrand declined to seek a firm sentence against the two men. He asked for a suspended sentence of two years’ probation to be attached to their conviction. On Wednesday 15 January, the prosecutor dismissed the theory of an oral contract. He reiterated that the payment of such a sum without a written record, without witnesses and without ever making provision for it in the accounts was “contrary to commercial practice” and FIFA’s habits. The trial of Sepp Blatter and Michel Platini will continue until 22 June, with FIFA and then the defence making their case. The Swiss court will render its decision on 8 July.