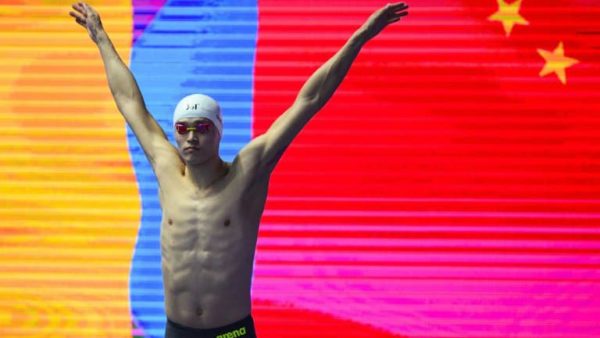 The Court of Arbitration for Sport (CAS) has ruled that Sun Yang will not be able to compete in the Tokyo Games. The Lausanne-based court announced in a statement on Tuesday, June 22nd, that it had suspended the Chinese swimmer for four years and three months. Sun Yang had been sanctioned for destroying a vial of his blood with a hammer in September 2018 during a doping test at his home in China. Initially, in February 2020, the swimmer was suspended for eight years. However, the Swiss Federal Court overturned the decision, ruling that the chairman of the panel of judges, Italian Franco Frattini, had not been unbiased. Following new hearings, CAS reduced the sanction, as it had done for Russia. However, Sun Yang’s suspension now starts retroactively on February 28th, 2020 and ends at the end of May, 2024. A three-time Olympic champion, eleven-time world champion and holder of the men’s 200m and 400m world titles, Sun Yang will be absent from the Tokyo Games. He could theoretically participate in the Paris Games in 2024. But he will be 33 years old.