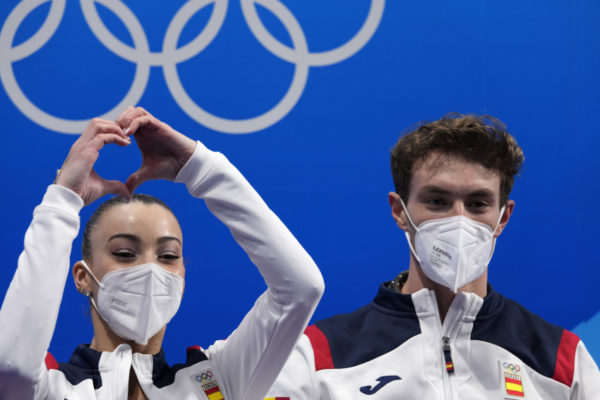 A new case of doping at the Beijing 2022 Games. It does not concern Ukraine, like the two previous ones, but the Spanish delegation. The Independent Testing Agency (ITA) announced that Spanish figure skater Laura Barquero, 20, who placed 11th in the pairs event with her partner Marco Zandron, had tested positive in a doping control at the Beijing Winter Games. The news was confirmed by the Spanish Olympic Committee, which explained that it had received “information from the ITA which includes an abnormal result concerning a Spanish athlete“, but without revealing his identity. According to the ITA, the sample taken from the Spanish skater revealed the presence of clostebol, an anabolic steroid, which is found in healing creams and skin creams. The test was carried out on Friday 18 February during the short programme of the pairs event. The Spanish athlete reportedly requested a counter-analysis of the B sample, taken during the same test.