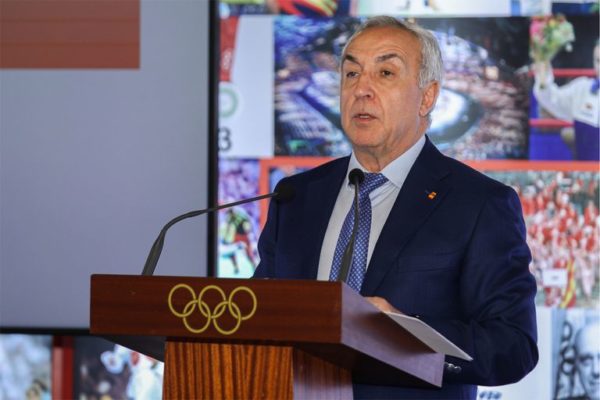 The matter is now closed. As announced the day before by the local media, Spain withdrew its bid for the 2030 Winter Games on Tuesday 21 June. Alejandro Blanco, president of the Spanish Olympic Committee (EOC), confirmed this at a press conference after a meeting of the executive board of the body in Madrid (photo above). The Pyrenees-Barcelona project, long presented as a serious and credible candidate, has disappeared into history. The reason for this was the inability of the two regions concerned, Catalonia and Aragon, to reach an agreement on the distribution of competition sites. The initial plan, in which Catalonia inherited alpine skiing in the Pyrenees and ice hockey in Barcelona, was never accepted by the representatives of Aragon, where Nordic skiing, biathlon and figure skating should have been held in Zaragoza. For Alejandro Blanco, who has made numerous conciliation efforts in recent months, the blow is hard. The WCC president did not hide his bitterness in a press conference. “In the past, we have had brilliant bids that did not succeed because we were in competition with very strong rival cities. But this time we destroyed ourselves, he admitted. There was no other way out than to withdraw our candidacy. We can’t spend months and months trying to bridge our differences. We had managed to turn an inclusive project into a war between constitutionalists and independentists. That is not the Olympic spirit.” Spain’s withdrawal leaves the Winter Games race down to three contenders: Sapporo, leading the trio; Salt Lake City, still in the balance between 2030 and 2034; and Vancouver, not yet a formal candidate but engaged in the dialogue phase with the IOC.