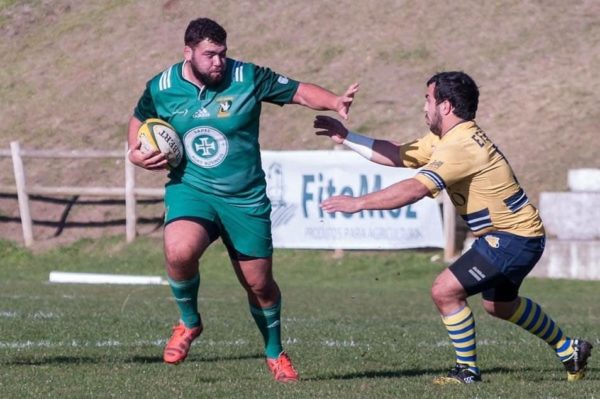 Will Spain make it to the 2023 Rugby World Cup finals in France? After qualifying on the field in mid-March, the Spanish national team could finally lose everything. World Rugby announced in a statement on Monday 29 March that it had opened an investigation into a “potential violation” by Spain of the rules on player eligibility. The case relates to a player used by Spain in the 2023 World Cup qualifiers. His name has not been released, but Spanish media reports suggest it could be prop Gavin van den Berg (pictured above, green shirt). Born in South Africa, he has been playing in Spain since 2018. He has played twice in the qualifiers, against the Netherlands in 2020 and 2021, and then in the 2023 World Cup B Qualifier. But he would not have completed the three years without interruption required to be eligible, according to World Rugby rules. “After conducting an initial investigation, the international federation believes that a formal independent review is warranted,” World Rugby said. The current case is not a first in the world of rugby union. In 2018, Spain, Romania and Belgium were already sanctioned for using ineligible players. Their sanctions allowed Russia to win their place at the 2019 World Cup in Japan. Spain became the 16th team to qualify for the World Cup in France (8 September-28 October 2023) in mid-March, 23 years after their last qualification.