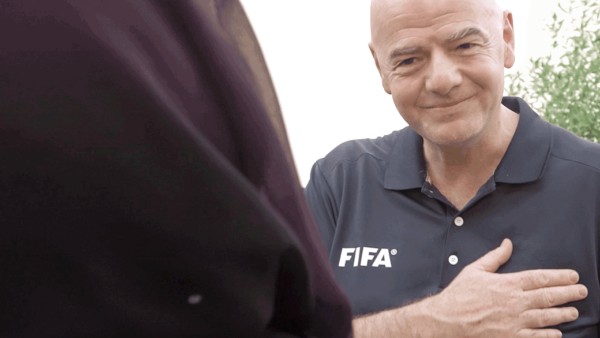 Gianni Infantino can rest easy: Africa’s votes should be behind him in the upcoming FIFA presidential election, where he will seek a third consecutive term. The Council of Southern African Football Associations (COSAFA) publicly expressed its support on Saturday 14 May. This support should herald another, that of the whole of Africa. Artur de Almeida e Silva of Angola, the president of COFASA, explained: “We believe that Gianni Infantino is the best candidate to lead world football for another four years. He has repeatedly stated his desire to develop African football and has backed up his words with action.” COFASA has 14 member countries from southern Africa. The announcement of his support for Gianni Infantino was made in the presence of South Africa’s Patrice Motsepe, the president of the Confederation of African Football (CAF), suggesting a massive vote from the continent for the outgoing FIFA president. The South African billionaire took advantage of the COFASA general assembly to reiterate his support for FIFA’s plan to hold the World Cup every other year. We have supported and will continue to support the holding of the World Cup every two years, explained Patrice Motsepe. The reason is very simple: we need more money for the development of football in Africa. We need resources, so it’s a no-brainer for us. When I talk to people who don’t support the project, I realise very quickly that they don’t need money as much as we do.” First elected in 2015 and re-elected unopposed in 2019, Gianni Infantino announced his decision to seek another term early next year at FIFA’s elective congress. To date, he is the only declared candidate.