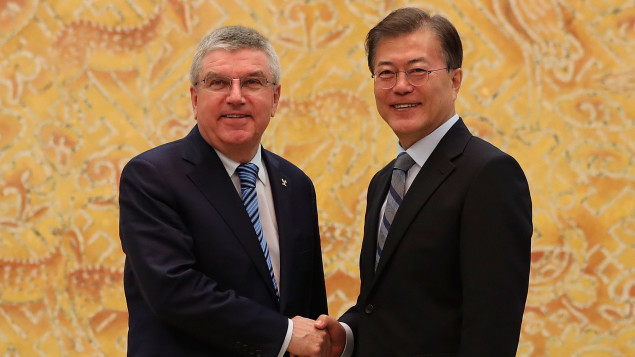 China will not be the only big Asian country not to send a head of state or government to the opening ceremony of the Tokyo Games on Friday, July 23rd. South Korea also decided to keep a low profile. President Moon Jae-in (photo above, with Thomas Bach) will finally not go to Japan for the Tokyo Games. He will be replaced at the opening ceremony by the Minister of Sports, Hwang Hee. Everything had been planned and organized so that Moon Jae-in makes the trip to Tokyo, where he was to meet the Japanese Prime Minister, Yoshihide Suga, for a private meeting. The South Korean president’s visit was to be his first to Japan in over two years. No reason was given by Seoul to explain the renunciation of the South Korean president, except that the decision was taken for “various reasons”, including diplomatic ones. In mid-July, the Chinese regime announced that the Olympic delegation would not be led by the head of state, Xi Jinping, but by a vice president.