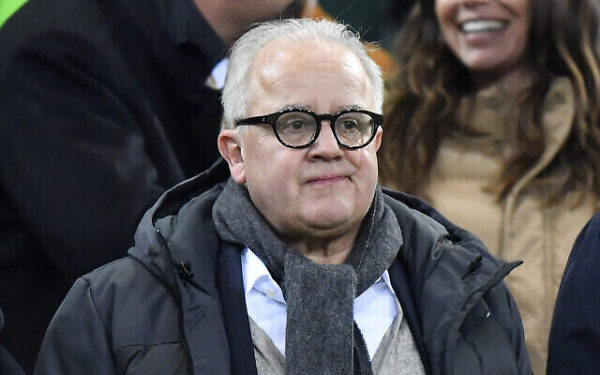 That’s the end of the road for Fritz Keller (photo above). The current president of the German Football Association (DFB), elected in 2019 after having presided SC Freiburg for a long time, will not finish his mandate. He should make his resignation official, a consequence of recent controversial remarks he made. The leader had accused his vice-president, Rainer Koch, of behaving like a “Freisler”, in reference to Roland Freisler, former president of the main Nazi court between 1942 and 1945, responsible for 2,600 arbitrary death sentences. After a leaders’ meeting on Tuesday, May 11th, the German federation announced several important decisions in an attempt to solve the crisis caused by Fritz Keller’s remarks. According to a press release, it “drew conclusions from the current leadership crisis and set the course for a reorganization.” The departure of its president is on the top of the list. He “declared himself ready, in principle, on his own decision” to submit his resignation next Monday, after a hearing before the Sports Court. “Following Fritz Keller’s resignation, Peter Peters and Rainer Koch (the two first vice presidents) will temporarily take over the interim management in order to bring the association back to calm waters as soon as possible,” the DFB said. But Fritz Keller will not leave alone. General secretary Friedrich Curtius will also resign. This affair comes at a very bad time for German soccer, just a few weeks before the start of Euro 2020. It also comes along with another crisis, more internal, within the German National Olympic Committee (DOSB). Its president, Alfons Hörmann, is also being pushed out by part of the body’s staff. He is accused of having a very negative management, causing a stressing atmosphere and many bullying cases.