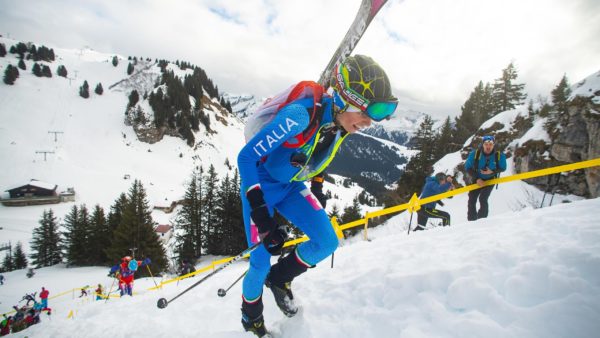 The programme for the 2026 Winter Games in Milan and Cortina d’Ampezzo, Italy, is set to be enriched with a new discipline. The IOC has announced that ski mountaineering will be suggested as an additional sport. The IOC Executive Board has forwarded this proposal to the next session, scheduled for July in conjunction with the Tokyo Games. Barring an unlikely scenario, it should be accepted. The Organising Committee for the 2026 Winter Games in Milan-Cortina had officially proposed including ski mountaineering, a discipline governed by the International Ski Mountaineering Federation (ISMF), as an additional sport on the programme. The Italian proposal is to include five new events: two men’s events (sprint/individual), two women’s events (sprint/individual) and a mixed relay event. In total, 48 athletes (24 men/24 women) are to be included in the overall quota of 2,900 athletes. Already present with the same five events at the 2020 Youth Winter Games in Lausanne, ski mountaineering is especially popular in Italy, with deep historic and sporting roots in the Alpine regions. The IOC Executive Board’s recommendation to include ski mountaineering in Milan-Cortina 2026 will be considered and finalised during the Tokyo Session on July 20th-21st, but the full programme of events and athlete quotas will not be determined until the Executive Board meeting in June 2022.