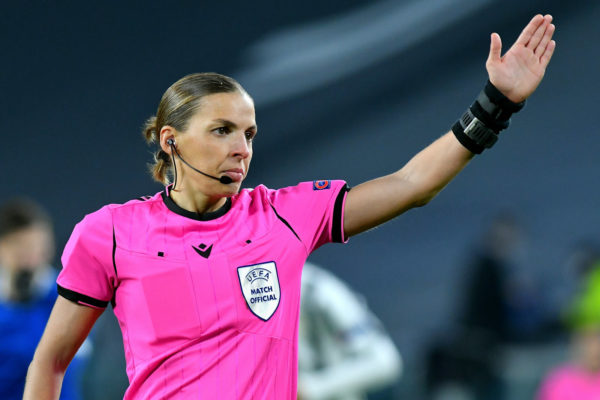 History. For the first time since the creation of the event, six women will be part of the refereeing body at the 2022 World Cup in Qatar. FIFA unveiled the list of officials selected for the global tournament on Thursday 19 May. The list contains 129 names, including 36 field referees, 69 assistants and 24 video assistants. Among them are six women. Three of them – France’s Stéphanie Frappart (pictured above), Rwanda’s Salima Mukansanga and Japan’s Yoshimi Yamashita – have been appointed as field referees. The other three – Brazil’s Neuza Back, Mexico’s Karen Diaz Medina and the USA’s Kathryn Nesbitt – will officiate alongside the assistant referees. FIFA explained in a statement by Pierluigi Collina, the Italian chairman of the Referees’ Committee: “Their appointment is the result of a long process that began several years ago, starting with the appointment of female referees for certain FIFA senior men’s and youth competitions. In the future, the presence of women referees in high-level men’s competitions will be considered the rule rather than the exception. All referees appointed in the six confederations will begin their preparation this summer with a series of seminars in Asuncion, Madrid and Doha. These will focus on player protection, consistency in the application of the rules, and understanding the characteristics of teams and players.