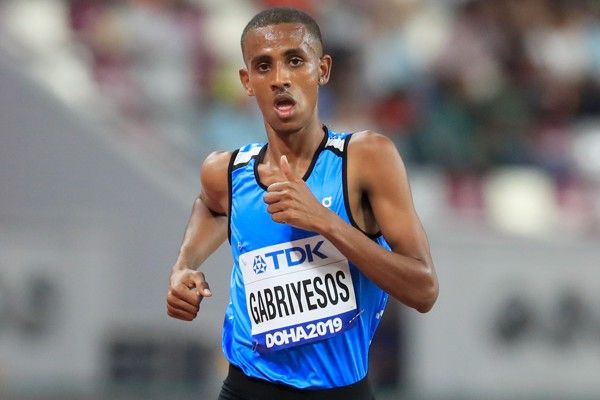 World Athletics is following in the footsteps of the IOC. The IOC has announced the participation of a refugee team in the next World Outdoor Championships, scheduled for 15-24 July 2022 in Eugene, Oregon. The team of six athletes, including two women, will be led by Tachlowini Gabriyesos (pictured above), who finished 16th in the marathon at the Tokyo 2020 Games. The 24-year-old from Eritrea will compete in the marathon at the Worlds. He will be joined in the US by Dorian Keletela (100m), Jamal Abdalmajid Eisa-Mohammed (5,000m), and Fouad Idbafdil (3,000m steeplechase) on the men’s side, Atalena Napule Gaspore (800m), and Anjelina Nadai Lohalith (1,500m) on the women’s. World Athletics created its first team of refugee athletes in 2017. Since then, it has been present at almost all world events, but also very recently at the European Cup 10,000m and the African Championships. The number of athletes involved in the World Athletics refugee programme has continued to grow. There are now around 40 athletes training in Kenya, Israel, France, the UK, Sweden, Germany, Canada and Portugal.