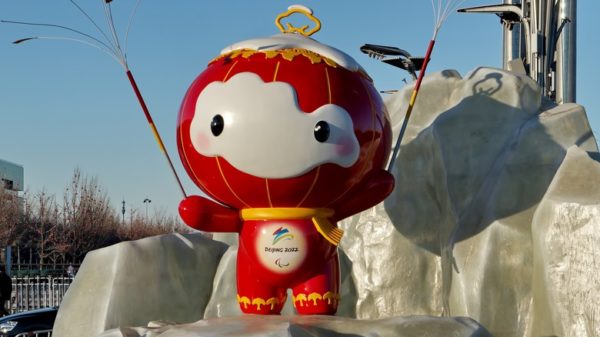 Chinese organisers can rub their hands together: the mascot of the Beijing 2022 Paralympic Games is following in the footsteps of its Olympic version. The Chinese lantern named Shuey Rhon Rhon, chosen to symbolise the Paralympic event, is already enjoying commercial success comparable to that of the Olympic panda, Bing Dwen Dwen. An online merchandising platform, Tmall.com, launched a pre-sale phase of the mascot early last week. The most popular item, a plush toy, has seen requests reach a rate of 3,000 units per hour, despite a limit of two items per person. As for Bing Dwen Dwen, the Olympic mascot, which sold out after only a few days in early February, it continues to sell at a good rate. The Global Times reports that the limited edition Spring Festival mascot sold 100,000 copies in less than an hour on the day it went on sale online. A spokesperson for the organising committee explained that production of the Olympic mascot would continue until June.