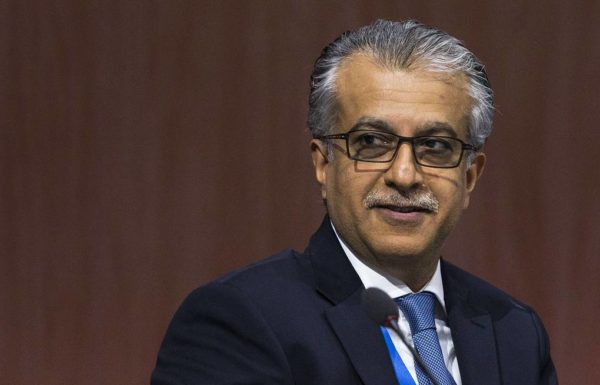 Coincidence or not? Just days after expressing his support for Gianni Infantino’s re-election as FIFA president, the president of the Asian Football Confederation (AFC) has revealed his ambitions. Sheikh Salman bin Ebrahim Al Khalifa, 56, the leader of Bahrain, announced on Wednesday 18 May his candidacy for a third term. He has been at the helm of the continental body since 2013 and will stand for a third time before the voters at the next congress, which is due to take place in his country in February 2023. An unsuccessful candidate for the FIFA presidency in 2016 when Gianni Infantino took over, Sheikh Salman had succeeded Qatari Mohamed bin Hammam three years earlier, who was banned from football for life following accusations of corruption and conflicts of interest. After completing his predecessor’s two-year term, he was elected and then re-elected unopposed in 2015 and 2019. “I hope to gain your trust and support again for a new term as AFC president,” he said on Wednesday 18 May at a virtual congress. The AFC has 47 member countries out of the 211 affiliated to FIFA. Sheikh Salma said last week that the Asian continent would support Gianni Infantino at the next AFC Congress, where the Swiss-Italian will seek a third consecutive term.