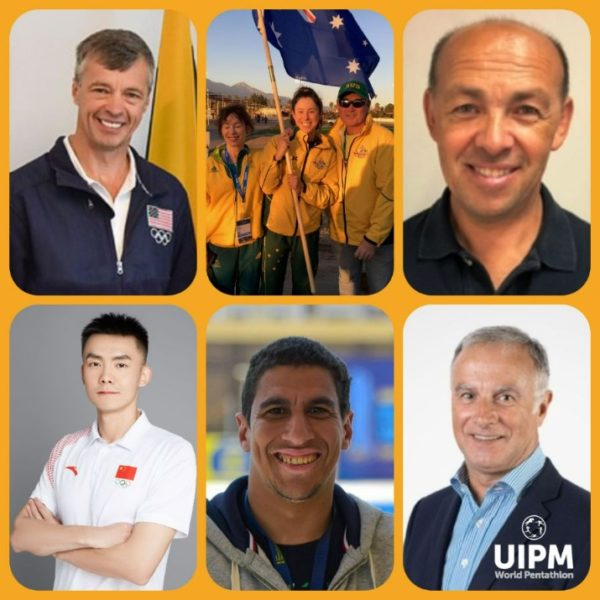 With one month and a few days to go before the Tokyo Games, the International Union of Modern Pentathlon (UIPM) knows its new representatives within the athletes’ and coaches’ commissions. They were elected by their peers during the last World Championships, held in Cairo, Egypt. Six coaches and seven athletes from six continents will sit between January 1st, 2022 and December 31st, 2024. On the athletes’ side, the seven representatives are Yasser Hefny (Egypt) for Africa, Sheng Hung Liu (Taipei) for Asia, James Cooke (Great Britain) for Europe, Sophia Hernandez (Guatemala) for North, Central America and the Caribbean, Rebecca Jamieson (New Zealand) for Oceania, Pamela Zapata (Argentina) for South America, and finally Natalya Coyle (Ireland) for the extra spot. Among the coaches (pictured above), the chosen ones are Raouf Mahrous (Egypt) for Africa, Zhongrong Cao (China) for Asia, Christian Roudaut (France) for Europe, Genadijus Sokolovas (USA) for North, Central America and the Caribbean, Dean Gleeson (Australia) for Oceania, Guillermo Filipi (Argentina) for South America. The current president of the coaches’ commission, Christian Roudaut, retains his position. But the president of the Athletes’ Commission, Aya Medany, recently elected to the Egyptian Parliament, did not stand for re-election.