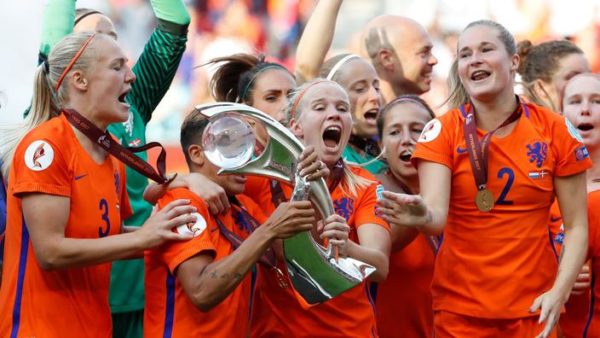 There is strength in unity. No less than four northern European countries have decided to make common cause to present a bid to organise the 2025 Women’s Euro. Finland, Norway and Sweden have joined Denmark, the initiator of the project. They should be supported by Iceland and the Faroe Islands. “We have been working very actively together for four years and we all have an ambitious vision for the development of women’s football,” the four Scandinavian federations said in a statement. “We are convinced that hosting UEFA Women’s EURO 2025 in the Nordic countries would be a great opportunity for women’s football – for the fans, the players and all stakeholders and UEFA.” The Scandinavian alliance is not short of arguments, but Poland has already announced its wish to join the race. Countries interested in hosting Euro 2025 have until August 2022 to submit their bids. UEFA is expected to announce its choice by December 2022 at the latest. The last edition of the Women’s Euro took place in the Netherlands in 2017. The next one, postponed by one year because of the pandemic, will be held in 2022 in England.