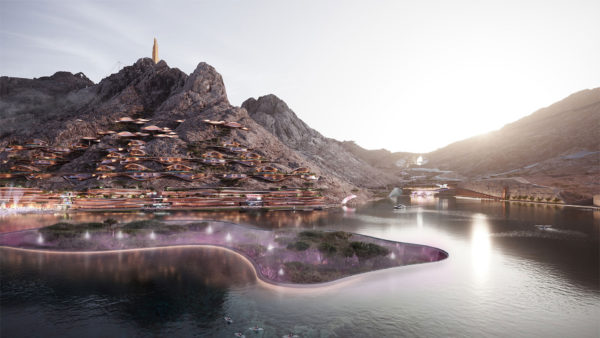 Who would have thought it? Saudi Arabia officially submitted its bid to host the 2029 Asian Winter Games this week. The application was submitted by the Saudi Olympic and Paralympic Committee to the Association of Asian Olympic Committees (OCA). According to Prince Abdulaziz bin Turki Al-Faisal, President of the Saudi Olympic Committee, the plan to organise the continental event “confirms the geographical and environmental diversity, and the natural wealth” of Saudi Arabia. The bid letter was accompanied by a detailed description of the pharaonic winter sports complex that could host the event in 2029 (photo above). Called Trojena, it envisages the construction of a high-end, eco-responsible ski resort of the future in the Madian Mountains, with slopes at an altitude of more than 2,000 metres. The project could be completed by the beginning of 2026. The OCA Executive Board is due to decide in October in Cambodia which country will host the 2029 Asian Winter Games. If successful, Saudi Arabia would become the first West Asian country to host the event since its inception in 1986.