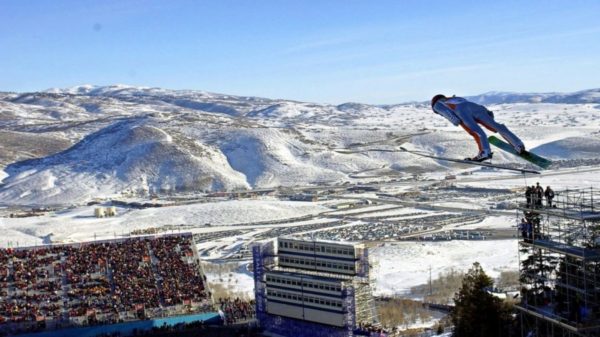 It’s done. The delegation from Salt Lake City, the American candidate city for the Winter Games, has completed its visit to the IOC headquarters in Lausanne. It had been announced as a two-day visit. It was reduced to a single day, Wednesday 15 June, during which the Utah envoys were able to meet Thomas Bach and several experts from the Olympic body. Leading the way were the CEO of the bid committee, Fraser Bullock, the president, Catherine Raney Norman, and former skier Lindsey Vonn. The Salt Lake City delegation’s trip to Lausanne followed a technical visit to Utah by a trio of IOC experts. “One of the things we felt in particular was the sense of partnership, said Fraser Bullock, quoted by the Deseret News. We all want to do what’s best for the Olympic movement, and that’s what came through in our discussions.” No doubt. But the US delegation’s trip to Switzerland does not seem to have settled the question that accompanies the US Winter Games bid: 2030 or 2034? Those behind the project continue to be vague. “Our position is, we will host a Games when it is in the best interest of the Olympic movement and all the pieces fit together as best we can, explained Fraser Bullock from Lausanne. We’re trying to make those pieces fit together as soon as we can.” As the American leader suggested, the decision on whether to bid for the Winter Games in 2030, or to wait until 2034, may not come until after the targeted dialogue. Yet the IOC suggested last month that a candidate would be chosen by the Executive Board as the preferred candidate in December. A deadline that does not fit well with the Americans’ desire to give themselves time.