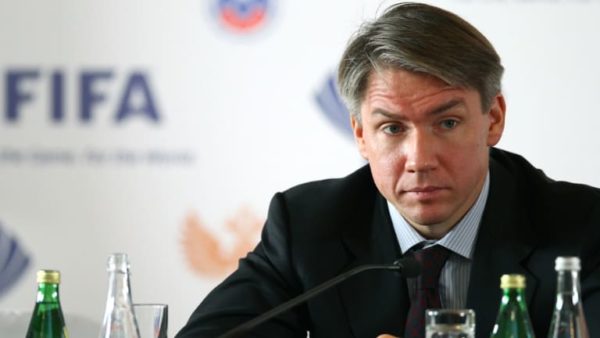 Russia’s forced withdrawal from the sports movement is manifested not only in world competitions. Its officials are also heading for the exit. Example: Alexey Sorokin (photo above). The former CEO of the 2018 World Cup organising committee will not seek a new term on the FIFA Council. He had been a member for four years, after replacing Vitaly Mutko, then Russian sports minister, forced to step down due to a conflict of interest. Alexey Sorokine will be the only one of the eight European delegates to the FIFA Council, along with Portugal’s Fernando Gomes, not to stand for election to FIFA, scheduled for April 20th, 2021. The two European leaders are expected to be replaced by Peter Peters, the current Vice-President of the German Football Federation, and Razvan Burleanu, President of the Romanian Federation. But with Russia’s two-year suspension of only events, and by extension the institutions, at the global level, one of its leaders may well join the UEFA executive committee. The current president of the Russian Football Federation, Alexander Dyukov, is in fact among the nine candidates for the eight seats to be filled in the decision-making body of the European body. In addition to Alexander Dyukov, the other candidates are the Belgian Mehdi Bayat, the Italian Gabriele Gravina and the Dutch Just Spee. One seat on the executive committee will be reserved for a woman. It should be played between the Italian Evelina Christillin, the current holder, and the Welshwoman Laura McAllister.