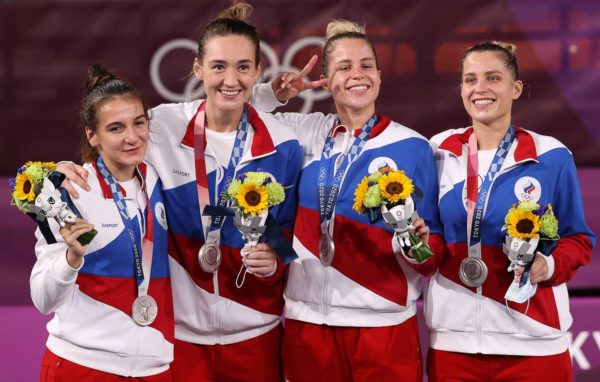 The skies continue to darken for Russian athletes and teams less than 800 days before the Paris 2024 Games. The International Basketball Federation (FIBA) announced on Wednesday 18 May that it had banned Russian teams from the upcoming men’s, women’s and 3×3 world championships in reaction to the invasion of Ukraine. The body had already decided in March to ban Russian teams. With this new announcement, specific to world events, the road to the Paris 2024 Games now seems quite blocked for Russian basketball, with Olympic qualification partly linked to participation in the next world championships. Russian teams are excluded from the men’s and women’s 3×3 World Cups scheduled for next month in Belgium, then from the women’s World Cup in September in Australia, and finally from the qualifying tournaments for the 2023 men’s World Cup. The same sanctions are being applied by FIBA against Belarus. As a reminder, the Russian Olympic Committee (ROC) teams won silver medals in both men’s and women’s 3×3 basketball at the Tokyo 2020 Games (photo above).