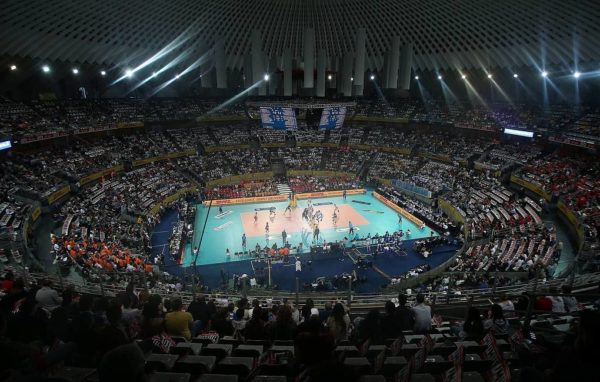 Russia may have been suspended from the Olympic movement for two years, but it still retains the organisation of some major events on the international calendar. At the top of the list is the men’s World Volleyball Championship in 2022. The sport’s governing body, the FIVB, has confirmed that the competition will be held in Russia. It is scheduled to take place from August 26th to September 11th, 2022, several months before the end of the suspension for Russian sport, which is set for December of the same year. But the FIVB said in a statement that the World Anti-Doping Agency (WADA) had recognised that it would be “legally and practically impossible” to withdraw the event from Russia and give it to another country. The world volleyball body said it had submitted a full report to WADA after the Court of Arbitration for Sport (CAS) announced its decision to suspend Russia for two years. In light of this document, WADA admitted that it was not possible to find a plan B for the men’s World Cup “given the state of preparations and the financial investment”. The 2022 World Cup is due to be held in Moscow, St Petersburg, Kaliningrad, Krasnoyarsk, Kazan, Yekaterinburg, Kemerovo, Novosibirsk, Ufa, Yaroslavl and possibly Belgorod. As a reminder, the suspension of Russia, confirmed by the CAS last December, stipulates that the country cannot host any major event, such as the Olympic Games or the World Championships, nor apply to be a host, for a period of two years. However, the CAS decision also stipulates that Russia may retain an event that has already been awarded if it is “legally and practically impossible” to withdraw the organisation.