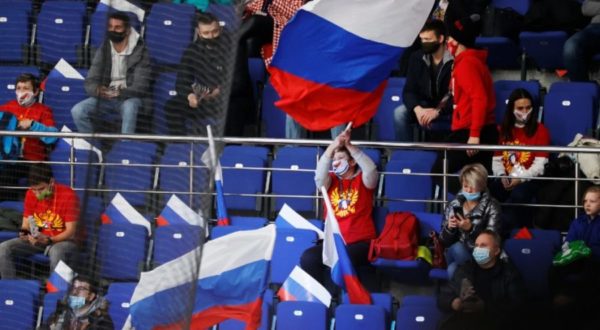 Its flag and anthem will be absent, but Russia will be present in force at the Tokyo Games. The Russian Olympic Committee (ROC), whose delegation will bear its name and colours, unveiled the list of athletes selected for the Olympic events on Tuesday, June 29th. There will be no less than 335 athletes, compared to 271 at the Rio Games in 2016. Among them, only 10 representatives of athletics, the maximum authorised by World Athletics because of the suspension of the Russian federation (RusAF). The names of these 10 were revealed on Tuesday, June 29th: jumpers Maria Lasitskene (high jump), Anzhelika Sidorova (pole vault) and Darya Klishina (long jump), 110m hurdles specialist Sergey Shubenkov, high jumpers Mikhail Akimenko and Ilya Ivanyuk, decathlete Ilya Shkurenyov, hammer thrower Valery Pronkin, and race walkers Elvira Khasanova and Vasily Mizinov. At the same time, the ROC announced the names of its two flag bearers for the opening ceremony on Friday, July 23rd: volleyball player Maksim Mikhaylov and fencer Sofya Velikaya. They will lead the so-called Russian Olympic Committee delegation. The Russian delegation may be completed if the men’s basketball team, currently engaged in the last OQT for the Tokyo Games, qualifies.