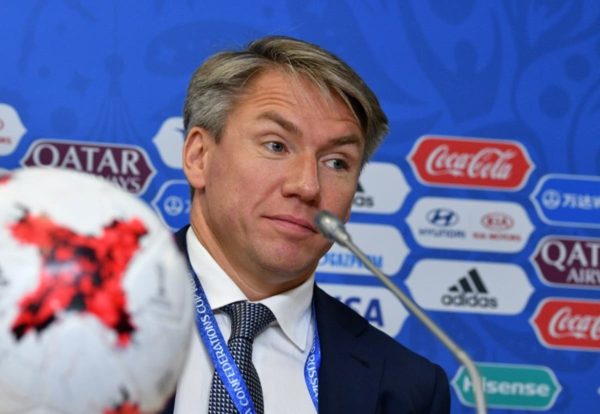 Their bid to host the 2028 and 2032 European Football Championships seems to be over, but the Russians are not giving up. Alexey Sorokin (pictured above), the former general manager of the 2018 World Cup in Russia and a former member of the FIFA council, said on Thursday 31 March in Doha, on the sidelines of the body’s annual congress, that his country had all the assets to organise either of the two editions of the continental tournament. “I am serious that Russia will be able to organize world-class events and is technically capable of doing so right now, he told the media. We have everything we need, we have experience, we have sports infrastructure, we have our passion for sports, especially football.” The message is clear: Russia does not intend to withdraw its dual Euro bid, even though Russian clubs and teams have been excluded from international competitions by UEFA and FIFA because of the invasion of Ukraine. Alexey Sorokin said his country had not yet formally decided to focus on one of the two editions instead, but that the option of a Euro in 2032 would be the most relevant. The UK and Ireland have submitted a joint bid to host the competition in 2028. Italy is a candidate for the next edition. Turkey, like Russia, is bidding for the two successive editions.