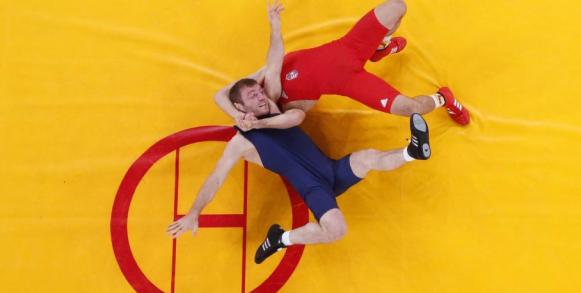 Logical. Suspended from the Olympic movement for a period of two years, Russia is gradually losing its international events. TASS reveals that the International Wrestling Federation (UWW) has withdrawn from the city of Krasnoyarsk, in Siberia, the organisation of the world championships in 2022. They are entrusted to Belgrade, the capital of Serbia. In reality, this is just an exchange of dates. Serbia was to host the Worlds in 2023. It wins a year. At the same time, Russia is down one rank to host the world event in 2023. The Russian city called to host the world event will be known in the coming months. “We respect the decision of the Court of Arbitration for Sport (CAS) and the position of the World Anti-Doping Agency (WADA)“, said Nenad Lalovic, President of UWW. “We have therefore changed the schedule accordingly. We recently hosted the individual World Cup in Belgrade with great success, and we believe Russia will be a fantastic host country in 2023”. The Russians do not necessarily lose in the exchange. They inherit the 2023 Worlds, the main qualifying tournament for the Paris Games in 2024. The top six athletes in each weight category will win an Olympic quota for their country.