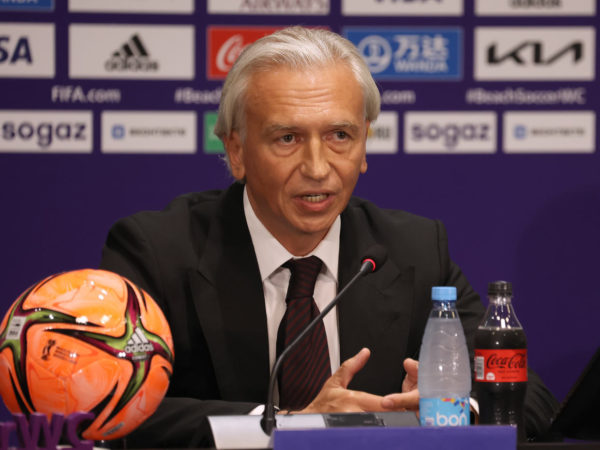 Russia was quick to react to the announcement on Thursday 6 October at UEFA headquarters in Nyon (Switzerland) that Ukraine would be added to the joint bid with Spain and Portugal for the 2030 World Cup. Russian Football Federation (RFU) president Aleksandr Dyukov (pictured above) told RIA Novosti that the move was purely political. “It is their right to apply,” said the Russian leader, who is also a member of UEFA’s executive committee. “The bid must be studied. But I see no commercial or marketing logic in such a bid. The inclusion of Ukraine does not make the initial bid any stronger. I don’t see anything other than politics here.” Another Russian football official, Vyacheslav Koloskov, a former FIFA vice-president, agrees: “Personally, I see this as a public relations campaign.”