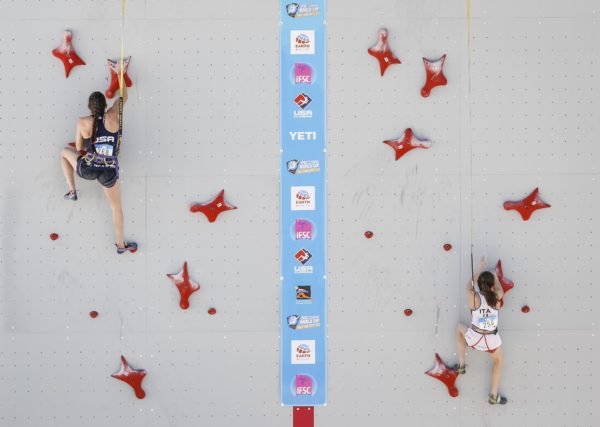 A high-profile cast was on hand in Salt Lake City, Utah (USA), for the General Assembly of the International Federation of Sport Climbing (IFSC). The annual meeting was marked by the participation, via a series of video messages broadcast at the opening and end of the session, of Thomas Bach, the IOC President, Francesco Ricci Bitti, his counterpart from the Association of Summer Olympic International Federations (ASOIF), and Sarah Hirshland, the Director General of the US Olympic and Paralympic Committee (USOPC). Fifty-four delegates, representing 44 countries, attended the General Assembly, either in person or remotely. Among the topics on the agenda, the war in Ukraine and its consequences on the discipline. The IFSC took the decision to reinforce its sanctions against Russia and Belarus by suspending their membership. Their suspension will remain in force as long as the situation requires it. The international body also took advantage of its general assembly to unveil a photo book to celebrate the debut of sport climbing at the Tokyo 2020 Olympic Games. It was published in a limited edition of only 500 numbered copies. Delegates in Salt Lake City each received a copy. All athletes and team officials who attended the Tokyo 2020 Games last summer will also receive the book.