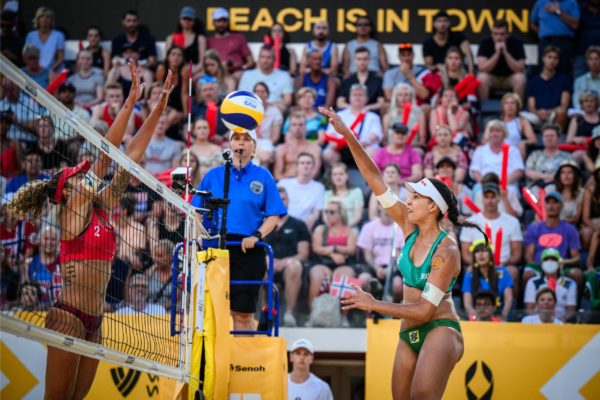 The International Volleyball Federation (FIVB) has done its sums: the latest edition of the Beach Volleyball World Championships, held from 10 to 19 June 2022 at the Foro Italico in Rome, was the most watched in history. It attracted more than 16 million people on the digital platforms of VolleyBall World, the commercial arm of the FIVB. The competition totalled more than 37 million minutes of broadcast time. It also generated 25 million posts on social networks and the VolleyBall World digital channel, a record for the world beach volleyball event. As an added bonus, the 13th edition of the Beach Volleyball World Championships in Rome was the most-watched television event in history: it was broadcast live by 17 broadcasters around the world, including SRF in Switzerland, Rai in Italy, CBC in Canada, ESPN in the USA, and ARD/NDR in Germany.