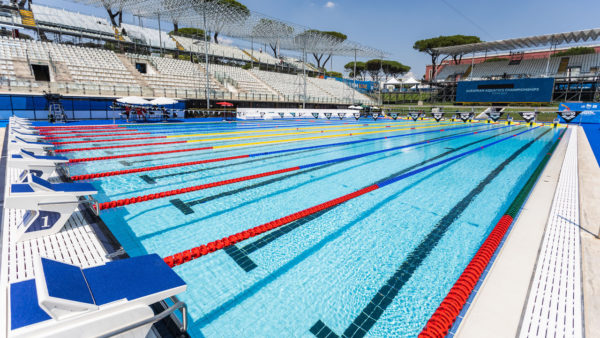 Swimming has opted to stay away from the 2022 European multisport championships in Munich (11-21 August), but the television coverage of its European event is still going to be quite comprehensive. The EBU (European Broadcasting Union) has announced that 35 of its member channels will provide free-to-air coverage of the 2022 European Swimming Championships in Rome. They are to be held on the same dates as the European multisport championships in Munich (11 to 21 August). Broadcasters of the aquatic event include VRT in Belgium, France Télévisions/Radio France/RFI in France, ARD & ZDF in Germany, RAI in Italy, RTVE in Spain, and the BBC in the UK. In total, more than 700 hours of live programming are planned by 26 broadcasters, plus a large number of deferred hours. Swimming races, open water, diving, high-flying and artistic swimming competitions will also be accessible across Europe and the rest of the world on the European Swimming League’s (ESL) new platform, tv.len.eu, which is part of Eurovision Sport’s All Aquatics streaming offer. Later this year, the EBU will also offer its members the European Water Polo Championships in Split, Croatia (27 August to 10 September) and the World Short Course Championships in Melbourne, Australia (13 to 18 December).