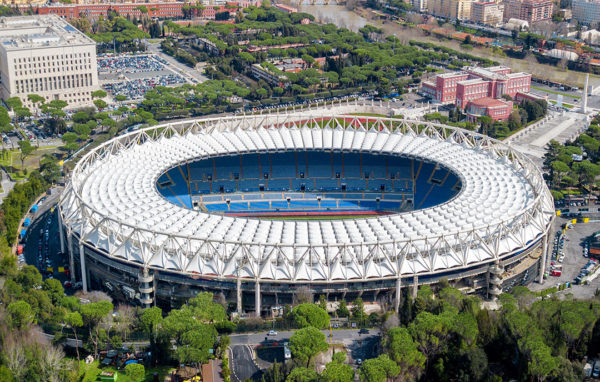 End of the suspense. The Italian government approved, on Tuesday, April 13th, the principle of the presence of spectators at the Olympic Stadium in Rome for the Euro 2020 football matches (June 11 to July 11, 2021). The Italian capital is set to host four matches, including the opener between Italy and Turkey and a quarter-final. The reception capacity will be reduced to 25% of the venue’s capacity, or around 18 000 spectators. But the main thing for the Italians was to be able to meet UEFA’s demands on the presence of an audience in the stadium. The continental body has given Rome, but also Dublin, Bilbao and Munich, until April 19th to present a plan ensuring a minimum of spectators. Otherwise, a city could disappear from the device of this unique Euro. “This is wonderful news that we will pass on to UEFA immediately“, Italian Federation President Gabriele Gravina said in a statement. “The message the government is sending to the country is one of great confidence and extraordinary vision. Italy is showing courage in tackling the pandemic, and at the same time striving to restart safely on a clear and defined schedule and timetable“. Dublin, Munich and Bilbao have still not assured UEFA that the public will be able to make it to the stadium. A decision on them is expected to be taken by April 19th, the date of UEFA’s next executive committee.