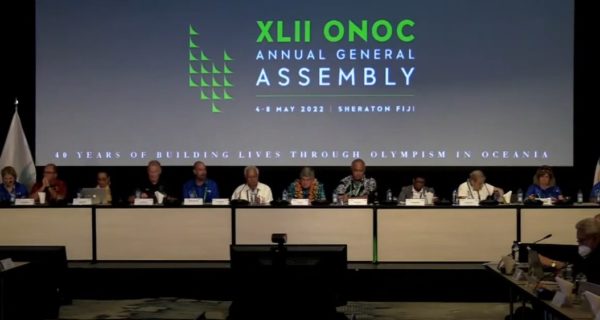 There were no unpleasant surprises for Robin Mitchell. The Fijian leader has been re-elected for another term, his fourth, as President of the Oceania National Olympic Committees (ONOC). The election took place earlier this month during the continental organisation’s general assembly in Fiji. Robin Mitchell, who has also been acting President of ANOC (Association of National Olympic Committees) since Sheikh Ahmad al-Fahad al-Sabah stepped down in 2018, was the only candidate in the running for the top job. He was re-elected by acclamation. Elected for the first time in 2009, Robin Mitchell thus extends his lease until 2025. During the same ONOC General Assembly, held in the presence of Thomas Bach, IOC member Baklai Temengil from Palau was re-elected as Vice-President. Ricardo Blas, for his part, extended his mandate as Secretary General.