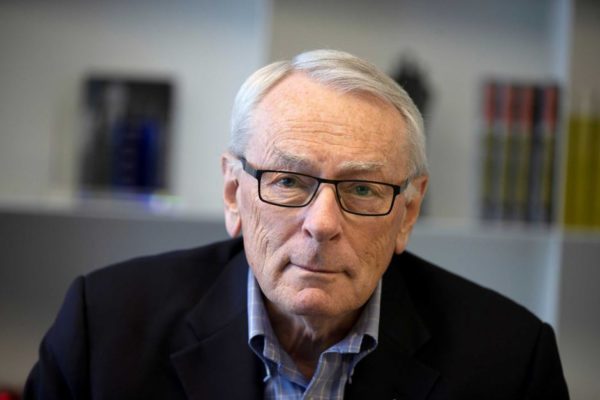 A new line on the CV of Richard “Dick” Pound. The Canadian leader, the oldest member of the IOC (he was elected in 1978), has been appointed by the Foundation Board of the World Anti-Doping Agency as the founding president of WADA. The decision was adopted unanimously on Thursday 25 November at a hybrid meeting in Paris. “This honorary position is in particular recognition of the role that Mr Pound played in the creation of WADA in 1999 and in its early years as the Agency’s first president,” the body said in a statement. Richard Pound was present in Paris to accept the honour. Witold Banka, WADA’s current president, reminded the Foundation Board: “Even after he finished his term as president in 2007, Dick remained very involved with WADA. He continued to serve on the Foundation Board and then, in 2015, chaired the investigation that revealed details of an institutionalised doping system in Russian athletics, which led to the Russian Anti-Doping Agency’s declaration of non-compliance with the Code. As he was a member of the Board from 1999 to 2020, we wondered how best to mark his incredible contribution while still benefiting from his expertise and vast knowledge. The Founding Chair position was created to recognize Dick’s unique place in the anti-doping world, and it is a great way to highlight his work, which has been essential to the development of WADA’s efforts to protect athletes and clean sport around the world.” The position of Founding President has no voting rights, but Dick Pound will be invited to important WADA events, such as the World Conference on Doping in Sport.