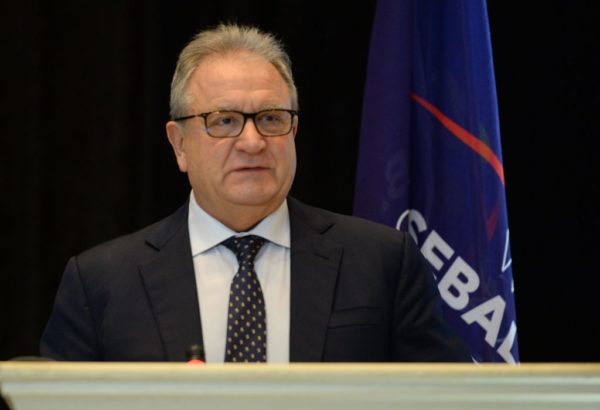 A new mandate, the second, for Riccardo Fraccari (photo above). The Italian leader was re-elected on Tuesday, July 5 as President of the International Baseball and Softball Confederation (WBSC). He will remain at the helm of the organization until 2028. Riccardo Fraccari presides over the WBSC since spring 2014, less than two years after the creation of the body. He was until then, since 2009, the president of the International Baseball Federation. During the same elective congress, the representatives of the national federations reappointed Beng Choo Low of Malaysia as secretary general and Angelo Vicini of San Marino as treasurer. The congress also unanimously approved the membership of six new national federations: Bhutan, Bulgaria, Cape Verde, Laos, Saudi Arabia and Tonga. It was also announced that the first Baseball5 World Cup will be held this year (November 7-13) in El Zaco, Mexico. The 2025 edition of this competition will serve as a qualifier for the 2026 Youth Olympic Games in Dakar, where the sport will make its debut as an official sport. Finally, three elections of continental associations took place during the congress. Ghana’s Albert Frimpong was elected the new president of WBSC Africa; Malaysia’s Beng Choo Low was re-elected president of Softball Asia; and Jeffrey Koo Jr, the current president of the Chinese Taipei Baseball Association (CTBA), was elected president of the Baseball Federation of Asia (BFA).