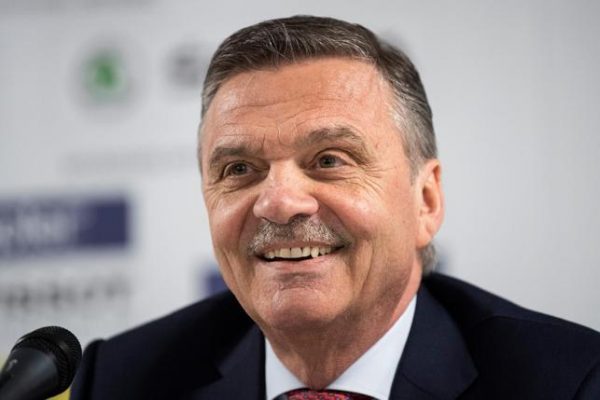 René Fasel, the president of the International Ice Hockey Federation (IIHF), returned to the Swiss media on his recent trip to Minsk, where he met Alexander Lukashenko, and on the decision of the world body to withdraw Belarus from the co-organisation of the Men’s World Cup in 2021. “It’s a relief, because we are saving ourselves from the hassle of security in an unstable country. This is less of a big worry”, admitted the Swiss leader, interviewed by Le Matin. “But above all I am sad because I had the hope that sport could build a bridge towards reconciliation between the leaders and the demonstrators. I might be one of the last romantics in sports, but I believed in it”. René Fasel admits that the IIHF’s decision is “a personal failure”. But he continues, “I don’t regret trying. It’s by daring that you give yourself a chance to win. To take a sporting image, let’s say I got the jersey wet, gave it my all on the pitch and in the end I lost. When you bow after sweating so much, defeat is less bitter”. The IIHF is due to announce soon an alternative to Belarus to host the meetings initially scheduled in Minsk. According to René Fasel, Latvia could host the entire world tournament in Riga. But the Danish (Herning) and Slovak (Bratislava) options are also under consideration.