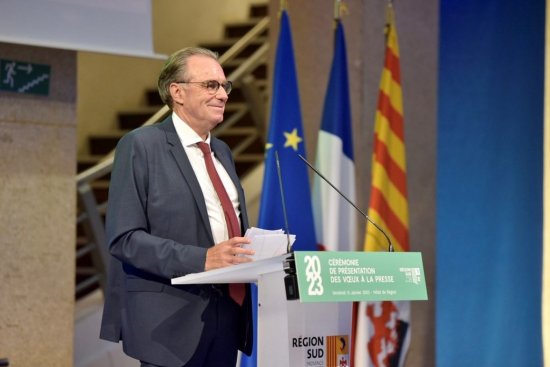 Renaud Muselier insists. The president of the Provence-Alpes-Côte d’Azur region in the south of France still dreams of hosting the Winter Games. The former European deputy, who has been at the head of the regional council since 2017, took advantage of the press greeting ceremony to raise the subject once again (photo above), a year after he first announced his Olympic ambition.”It’s on the rails, for 2034 or 2038,” he explained, quoted by the media outlet madeinmarseille. “I took the plunge and said: we’re going to do it. Since then, we have set up a team that works with the Region and the National Olympic Committee. Our file is now well put together”. For Renaud Muselier, “the project will have to be sustainable, on a human scale, without any pharaonic expenses but simply a development of the territory“. The Marseille political leader confesses to having been very impressed by the Lillehammer Winter Games in 1994, a “model” in his eyes for a bid from the south of France. There is still one unknown: the host city. It has not yet been identified. However, the Hautes-Alpes department is currently in the running, an area that is “very well organised with beautiful ski areas“. They are ready,” he assures us, “because they had already put forward the candidacies of Embrun and Briançon“.