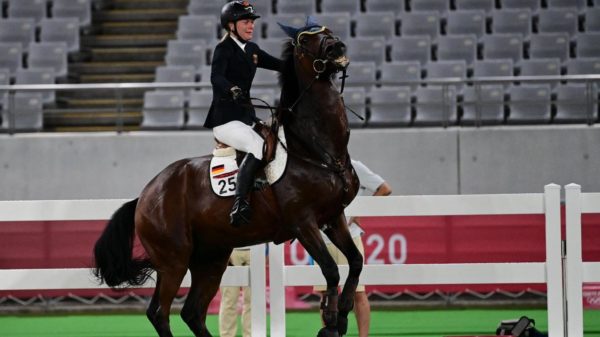 The International Union of Modern Pentathlon (UIPM) announced on Thursday, August 12th, via a press release that the equestrian event will be modified in anticipation of the Paris 2024 Games. It could be simplified, with a shorter course and lower obstacles. A working group has been formed to work on this reform. This group is expected to meet with representatives of the International Equestrian Federation (FEI). The new format will be submitted to a vote during the next UIPM Congress, scheduled for the end of November, 2021. If it is approved, it will be used for international competitions from 2022 onwards and at the Paris Games in 2024. The UIPM’s decision to review the rules of its equestrian event is justified by several incidents that occurred at the Tokyo Games, notably because of the mistreatment of a horse, Saint Boy, who was hit by the German team trainer because he refused to obey rider Annika Schleu. The Olympic competition was also marked by numerous falls and refusals.