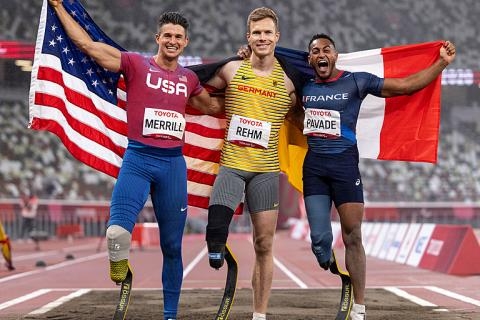 Appearances can be misleading. After more than two-thirds of the competition, the Tokyo Paralympic Games are proving to be relatively low on world records. When asked about the reasons for the avalanche of very good performances since the start of the Games, especially in athletics and swimming, the IPC made its accounts. By the evening of Tuesday, August 31st, 113 world records had been broken in Tokyo. Which is impressive. But their number had reached 300 at the Sydney Games in 2000, then 304 in Athens in 2004, 279 in Beijing 2008, 251 in London 2012 and 250 in Rio 2016. Tokyo 2020 is expected to keep up with the trend, with a projection of around 200 world records broken by the end of the week. “The numbers are down, but they are still much higher than you would expect from the Olympics,” explained IPC spokesman Craig Spence. “The reason is that we are still a very young event. The first Paralympic Games were only held in 1960, and it’s probably in the last 10 to 15 years that many of the major nations have established programmes to allow their athletes to train full-time as elite athletes. We are currently in a transitional phase where many world records are being broken, but this will eventually plateau. I think in 20 or 30 years you will only see a small number of world records being broken at the Paralympics.”