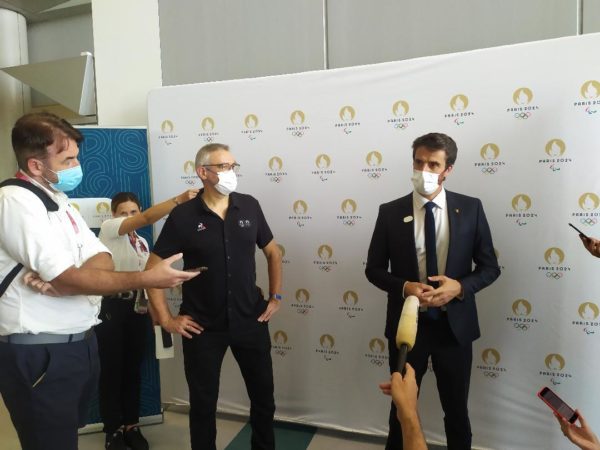 The Paris 2024 team is ready to give its final presentation to the IOC. Following the tradition, the Parisian organizers were invited to speak in front of the session of the Olympic body, on Wednesday, July 21st, in the Okura hotel in Tokyo. Tony Estanguet assured that the preparation of the Games remained where they are expected to be and respected the budget. He explained to the IOC members that the marketing program now reached about €600 million receipts, that is to say more than half of the objective fixed at the time of the committee’s constitution. He reiterated that everything was on track to build the Games around its three major pillars: celebration, legacy and commitment. Finally, Tony Estanguet said that 90% of the competition program had been finalized with the international federations. “We are ready to receive the baton from the hands of Tokyo 2020″, concluded the OCOG president. Present at the Tokyo Games with about 50 people, the Paris 2024 team is notably participating in the IOC Observer Programme. Tony Estanguet and Etienne Thobois, the general manager of the OCOG, then entrusted it to the media: they will attend the general rehearsal of the opening ceremony of the Tokyo Games on Thursday, July 22nd. With the objective to discover the backstage of the event.