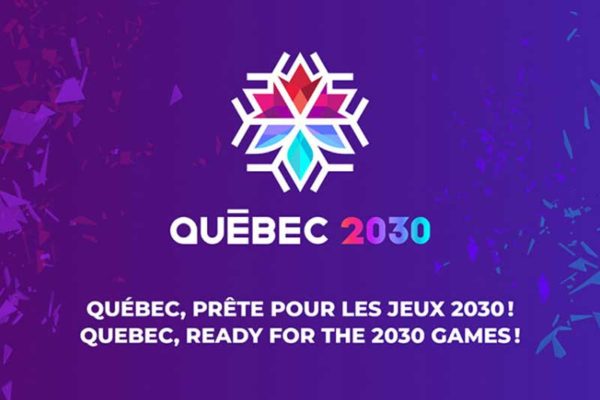 Long in the pipeline, Quebec’s bid for the 2030 Winter Games resurfaced. It was unveiled on Thursday, April 22nd. At the helm, a Canadian businessman, Mark Charest, was behind the creation of the Quebec 2030 committee. The project foresees a joint candidacy with another Canadian city, Vancouver or Calgary at the top of the list. But its initiator explained at an online press conference: Quebec could embark on the adventure alone in the event that the project fails to rally another Canadian metropolis. “Quebec could then build the missing infrastructures, while trying to respect the sustainable development and green aspects of the project“, explained Mark Charest. The Quebec city would need to build a bobsleigh, skeleton and toboggan run, but also a ski jumping hill and a downhill ski run. Estimated budget: 5 billion Canadian dollars (3.3 billion euros), for benefits on the local economy estimated at 1 billion dollars. Only problem, but of size: the project led by Mark Charest can not count to date on any political support. The mayor of Quebec, Régis Labeaume, refuses to support the candidacy. The vice Prime Minister of Quebec, Geneviève Guilbault, also confirmed that government support for the candidacy of Quebec 2030 was not on the agenda. “Obviously, we are all aware of the position of the mayor on the candidacy of Quebec”, explained Mark Charest. We have informed him of our steps since 2019. But we have carried out an analysis which, in our opinion, is favourable to the submission of a candidacy for the Olympic Games of 2030”. The Quebec 2030 committee has already established itself with a website and a logo. It is made up of 12 people and can count, according to Mark Charest, on the support of “dozens” of local business leaders, 40 financial partners and 29 athletes from across the province. Nine years from the deadline, the IOC said it had entered into discussions with Salt Lake City in the United States, Sapporo in Japan, and a regional bid from Barcelona and the Pyrenees.