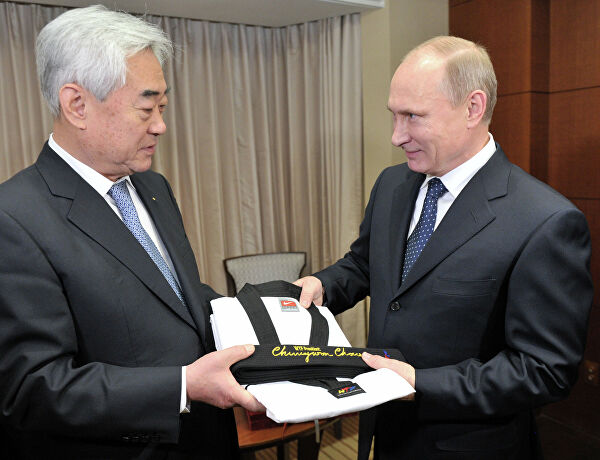 As a predictable consequence of the invasion of Ukraine by the Russian army, Vladimir Putin has lost one by one all his sporting distinctions. After being stripped by the International Judo Federation (IJF) of his 8th dan black belt and his titles of honorary president and ambassador of the discipline, the Russian president has just been stripped of his honorary black belt in taekwondo. World Taekwondo announced this on Monday 28 February, citing its motto – “Peace is more precious than triumph” – to explain its decision. “World Taekwondo has decided to withdraw the honorary 9th dan black belt conferred on Mr Vladimir Putin in November 2013,” the body announced in a statement. World Taekwondo also explains that it will follow the IOC’s recommendation and ban the Russian flag and anthem from its events.