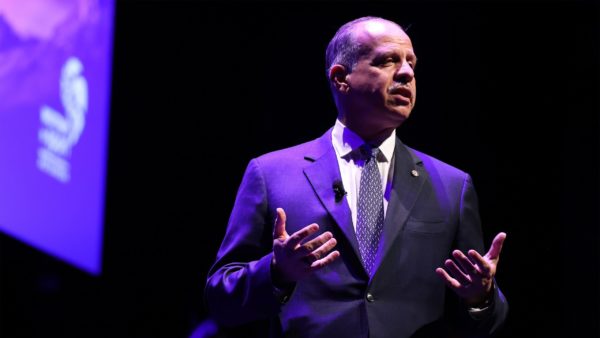 The President of the Jordanian Olympic Committee (JOC), Prince Feisal Al-Hussein, travelled to New Zealand to advocate for gender equality in sport and the protection of female athletes. He was invited to speak at the 8th World Conference of the International Working Group on Women and Sport, held from 14 to 17 November in Auckland. Also vice-chairman of the IOC Commission for Gender Equality, Diversity and Inclusion (and a member of the Executive Board), the Jordanian leader called on the international sporting community to protect women and girls in sport, from grassroots to elite level. “We must ensure that as National Olympic Committees, International Federations and clubs, we have a safe environment for our children,” Prince Feisal told the gathering. “We know that this is a difficult and long fight, but one that is worth fighting for (…) The time for a silo approach is over. If we really want to create a paradigm shift, we need to unite to fight all inequalities in participation, leadership, representation and resource allocation.”