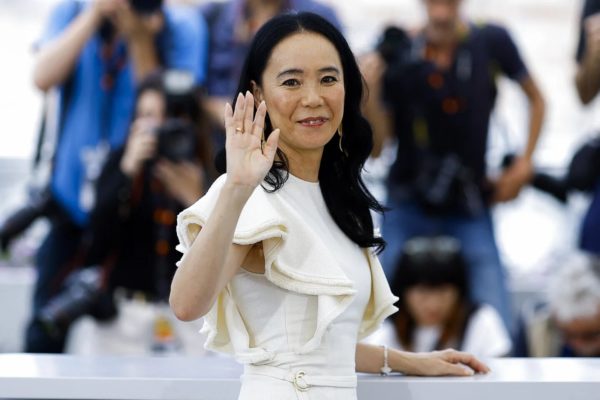 Nice promotion. One of the two official films of the Tokyo 2020 Games was presented on Thursday 26 May at the Cannes Festival, in the presence of its director, the Japanese Naomi Kawase (photo above), and an IOC delegation. The feature film entitled Face A, dedicated to athletes and competitions, was screened at the Palais des Festivals et des Congrès as part of the Cannes Classics selection. It will be released in Japan from 3 June. Another official film, Face B, presents a different version of the Olympic event, through the prism of the organising committee staff and volunteers. It will also be released in Japan next month. In Cannes on Thursday 26 May, Naomi Kawase was accompanied by Canadian basketball player Kim Gaucher, an Olympian and mother. The IOC delegation was led by one of its members, Indian producer Anant Singh. The Japanese director is a regular at the Cannes Festival. She won the Camera d’Or in 1997 for Suzaku, then the Grand Prix du Jury ten years later for Mogari Forest.