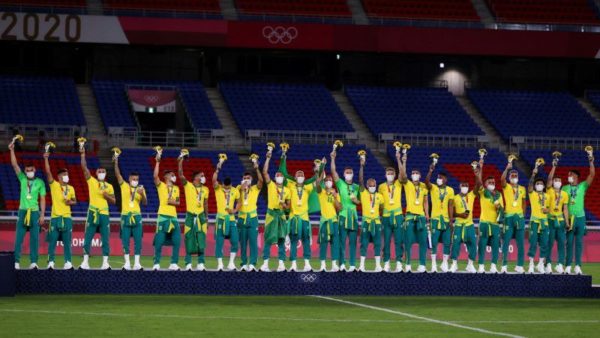 With a total of 21 medals, including 7 gold, Brazil had a successful Games in Tokyo. But the Olympics ended amidst controversy. The Brazilian Football Confederation (CBF) decided to ask the players of the men’s team, which was crowned Olympic champion after beating Spain, not to wear the delegation’s official uniforms at the podium ceremony. The gold medallists showed up in their Nike jerseys with their jackets wrapped around their waists, while the official equipment supplier of the Brazilian Olympic Committee (BOC) is the Chinese brand Peak Sport. The players later explained that they had simply followed the guidelines of their federation. “The BOC disowns the attitude of the Brazilian Football Confederation (CBF) and the national team players at the podium ceremony,” the National Olympic Committee said in a statement. “We will soon announce the measures that will be taken to preserve the rights of the Olympic movement, other athletes and our sponsors.” The Brazilian delegation was equipped by Nike at the London 2012 and Rio 2016 Games.