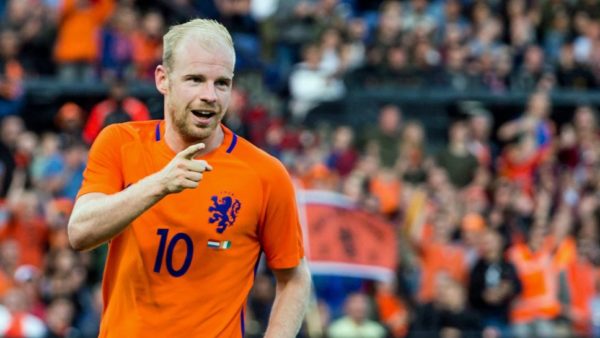 A difficult start to the World Cup for FIFA. The international body was forced into an arm wrestling match by seven European federations over the issue of the inclusive “One Love” armband, and emerged victorious. But its image has taken a hit with the players. The Dutchman Davy Klaassen (pictured above) did not hold back his criticism after his team’s 2-0 victory over Senegal in Doha on Monday 21 November. “It didn’t play a big role on the pitch, but we were forced not to wear the armband because we didn’t want to start with a yellow card,” he told the media. “We are still behind the statement, but I think FIFA forced us not to wear it. Giving up was a difficult choice, but we had to do it.” Australia’s Josh Cavallo was even more critical of FIFA’s decision to ban the One Love armband. A self-confessed homosexual, he slammed the body headed by Gianni Infantino on his Instagram account. “FIFA has banned all teams from wearing the “One Love” armband actively supporting LGBTQ+ people at the World Cup. You at FIFA have lost my respect,” he wrote. “In the face of all the work my allies and the LGBTQ+ community are doing to make football inclusive, you have shown that football is not an inclusive place.” In another message posted on his Twitter account, Josh Cavallo took direct aim at Gianni Infantino and his call before the World Cup to “focus only on football“. “This is not the first time we have been told to ‘stick to football’. The attacks on the LGBTQ+ community by World Cup leaders affect so many people who live in silence (…) To be a great leader in the sporting world, you must never give up on bringing ALL people together.” Josh Cavallo plays in the Australian league for Adelaide United. He has not been selected for the national team for the 2022 World Cup in Qatar.