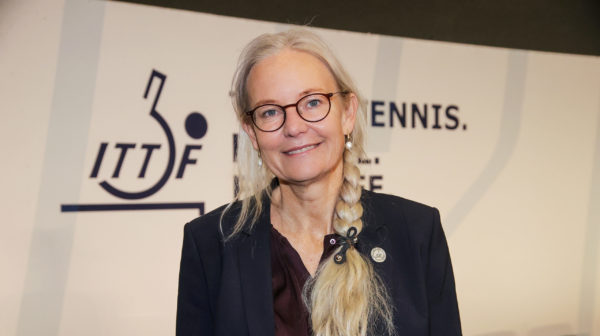 It’s done. Without the slightest surprise, Petra Sörling from Sweden was elected president of the International Table Tennis Federation (ITTF) on Wednesday 24 November. She was the only candidate for the top job. She succeeds the German Thomas Weikert, who decided not to seek a new mandate. Petra Sörling becomes the eighth president of the international body, but the first woman to hold the role since its creation. She is also the first reigning world champion to hold the presidential office, having won the gold medal in doubles in the 45/49 age group at the 2018 World Veterans Championships. The election took place in Houston, Texas, on the sidelines of the World Individual Table Tennis Championships. Petra Sörling joins Spain’s Marisol Casado (World Triathlon), and her compatriot Annika Sörenstam (International Golf Federation), in the narrow circle of women presidents of an international federation in a summer Olympic sport. She joined the ITTF Executive Board in 2009 and was previously Vice President in charge of Finance. During the same General Assembly, the ITTF awarded the South Korean city of Busan the organisation of the World Championships in 2024. It was preferred to Buenos Aires, the Argentinean capital. Busan was supposed to host the World Team Championships last year, but they were cancelled due to the health crisis.