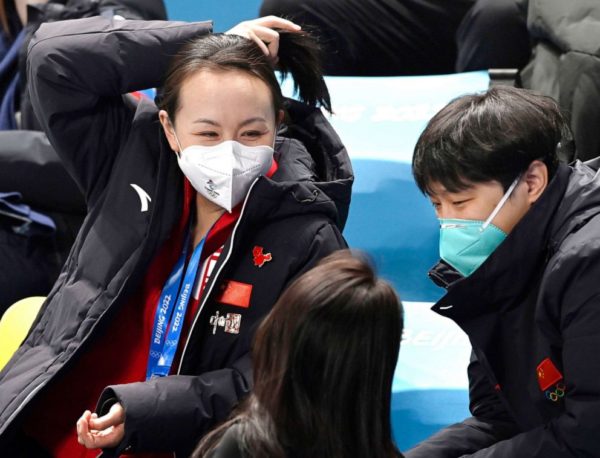 Peng Shuai no longer hides herself. At the Beijing Games, the Chinese tennis player has even become a target for the cameras in recent days. After having dinner on Saturday 5 February with Thomas Bach and Kirsty Coventry, and then giving an interview to the daily newspaper L’Equipe the following day in a hotel in the capital, she has been making numerous appearances at the competition venues of the Winter Games. Peng Shuai was first seen at the curling venue, where she attended a mixed event match in the stands with Kirsty Coventry, the former chair of the IOC Athletes’ Commission. On Monday 7 February, she was at the rink for the team figure skating competition. On Tuesday morning, the Chinese woman was in the front row of the few spectators at the Big Air stadium for the women’s final. Masked, covered in a cap and wearing a Chinese Olympic Committee anorak, she chatted at length with IOC President Thomas Bach in a perfectly relaxed manner. The German leader and the former tennis player watched as China’s Eileen Gu won the gold medal in Big Air ahead of France’s Tess Ledeux.