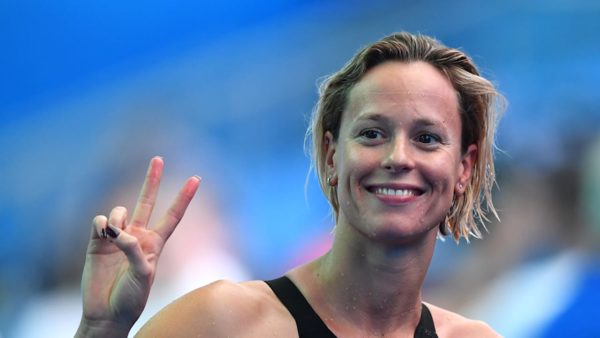 A new hat for Federica Pellegrini. The Italian swimmer, Olympic champion in the 200m at the Beijing Games in 2008, will soon join the board of directors of the Milan-Cortina 2026 Winter Games Organising Committee. She will sit on the board in her capacity as an IOC member, a status she obtained during the elections to the IOC Athletes’ Commission held during the Tokyo Games. With 1,658 votes, Federica Pellegrini finished third in the vote, behind Spanish basketball player Pau Gasol (1,888 votes) and Polish cyclist Maja Martyna Włoszczowska (1,674), one place ahead of Japanese fencer Yuki Ota (1,616). The top four finishers in the voting became IOC members on the evening of the Tokyo Games closing ceremony. According to the daily La Repubblica, the swimmer will be inducted into the Milan-Cortina 2026 Board of Directors at its next meeting. She will be joined by the other two Italian IOC members, Ivo Ferriani, President of the International Bobsleigh and Skeleton Federation (IBSF), and Giovanni Malago, President of the Italian Olympic Committee (CONI), who will sit at the end of the table in his capacity as President of the 2026 Winter Games Organising Committee. Last April, Federica Pellegrini had already become an ambassador for Milan-Cortina 2026, along with the two former Italian skiers Alberto Tomba and Deborah Compagnoni.