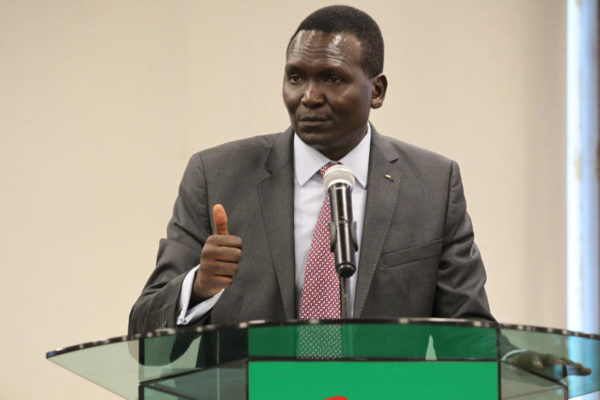 There are no nasty surprises in store for Paul Tergat. The 52-year-old former world marathon record holder will be reappointed on Thursday 9 December for a second term as president of the Kenyan Olympic Committee (NOC-K). He is the only candidate for the top job. An IOC member since the Buenos Aires session in 2013, Paul Tergat succeeded in 2017 another great figure of Kenyan athletics, Kipchoge Keino, who has been in office since 1999. Elections to the NOC-K were scheduled last year, but were postponed due to the health crisis. Among the candidates for the two vice-presidential posts is Kenyan sports legend Tegla Loroupe. The former marathon world record holder, who was head of mission for the IOC refugee team at the Rio 2016 and Tokyo 2020 Games, is running for the second vice-presidency. She will be up against the incumbent, Waithaka Kioni, President of the Kenyan Volleyball Federation and Chef de Mission at the Tokyo 2020 Games.