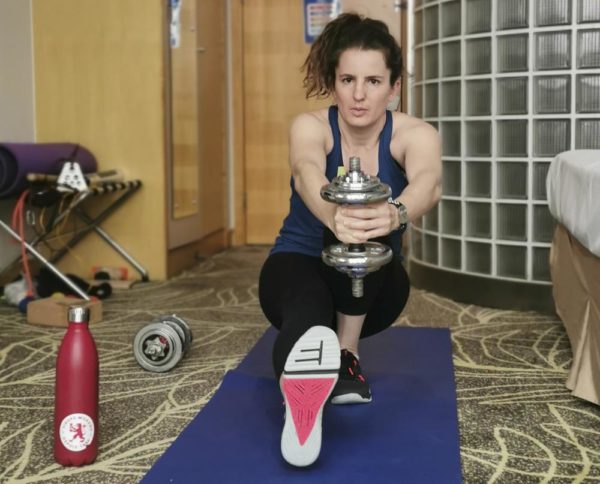 She is an exception. A unique case. The Swiss woman Patrizia Kummer, Olympic snowboarding champion at the 2014 Sochi Games, has already arrived in China for the Beijing Games, long before the other foreign athletes. But she has not yet seen the snow. The only athlete declared unvaccinated, she is currently undergoing a 21-day quarantine in a hotel in the Chinese capital. The Swiss athlete gave news to the media by video conference. She explained that since her arrival in Beijing she has been staying in a Holiday Inn in the north of the city. Her meals are brought to her room door three times a day. In addition to an exercise bike rented from the hotel, she brought a yoga mat, weights and some fitness equipment. Patrizia Kummer said she spends her time, apart from fitness work, watching snowboarding videos, streaming TV series and working on her project to renovate a historic building in Switzerland. “I’m more of a minimalist, so I don’t need much to be happy, she said. I like to be alone. So this isolation is not really a problem.” According to the IOC, the vaccination rate at the athletes’ villages will approach 100 per cent.