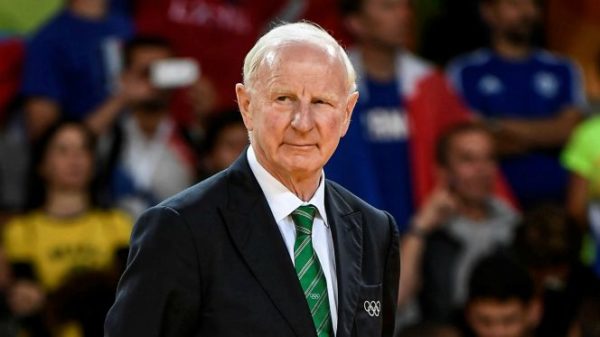 His name had disappeared from the Olympic news. He has just resurfaced, but for the last time. The IOC Executive Board, getting together for two days this week in Lausanne (5 and 6 December), announced that it had received the letter of resignation from Patrick Hickey (photo above). The Irish leader, former president of the Association of European Olympic Committees (EOC), had been forced to resign his IOC membership provisionally since the Rio 2016 Games, when he was arrested by Brazilian police for illegally selling tickets for Olympic events. He was imprisoned for a long time in Brazil, then finally released, and returned to his home in Ireland, but never resumed his career as a sports leader. The IOC explained in a statement that Patrick Hickey, 77, has resigned “for health reasons and on the advice of doctors“.