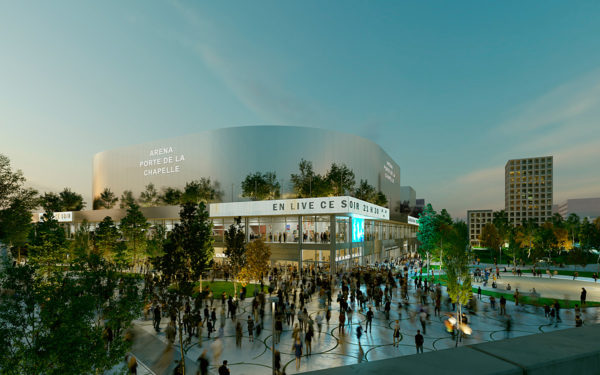 Division at Paris City Hall. The ruling Socialist group will have to defend its decision to name the Arena at Porte de La Chapelle, a future venue for the 2024 Olympic Games, after the equipment manufacturer Adidas, at the City Council meeting on 8 July. Two of Mayor Anne Hidalgo’s allied groups, the communists and the ecologists, are opposed to this and have made this known. The stakes are high. It is especially financial. The German brand has committed to paying nearly 2.8 million euros per year over the next five years in exchange for this naming, a contract renewable for seven more years. Pierre Rabadan, the city of Paris’ deputy sports director, explained to AFP: “Adidas is a sports equipment manufacturer with a strong presence in France and elsewhere, which is what we wanted to do with this Arena. The agreement also provides for an endowment fund of 180,000 euros per year to develop women’s sport and sport in the neighbourhood.” According to Pierre Rabadan, this option will ensure the financial balance of the arena. The agreement was proposed last month to the Parisian councillors by the Arena’s operator, the Palais omnisports de Paris-Bercy, which was already behind the naming of the POPB, now called the AccorHotels Arena. But the non-socialist majority of the Paris Council does not want to hear about it. The communists, in particular, reproach Anne Hidalgo for not having fulfilled her 2020 promise to study “the possibility of naming the future Olympic facility Arena Alice-Milliat“, in homage to a pioneer of women’s sport. The 7,800-seat Arena at Porte de La Chapelle will be used for badminton and gymnastics at the Paris 2024 Games. But it will not bear the name of Adidas, regardless of the forthcoming decision of the Paris Council, as partners’ names are never associated with Olympic venues.