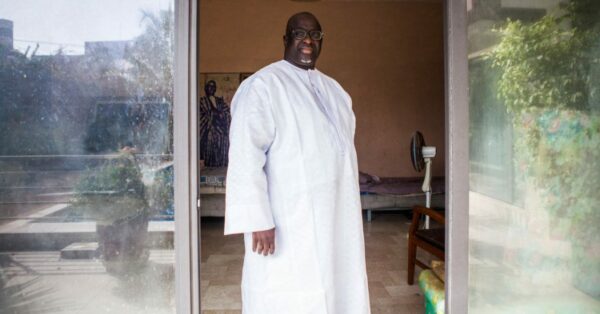 Patience. We will have to wait several weeks to know the fate reserved by the French justice system for Papa Massata Diack (photo above), son of the former president of the International Athletics Federation, Lamine Diack. He was on trial this week before the Paris Court of Appeal for corruption and embezzlement. The court’s decision was postponed until 9 March. As expected, “PMD” was not present at the trial. He has not left Senegal since the beginning of the case and refuses to respond to court summonses. But his lawyers asked for his release. The prosecution, for its part, requested the confirmation of the first instance judgment, pronounced in September 2020, namely a sentence of five years in prison and a fine of one million euros. As a reminder, Papa Massa Diack was found guilty of complicity in a vast bribery scheme designed to cover up doping cases in Russian athletics in 2011. He is also accused of embezzling up to 15 million euros from World Athletics – named the IAAF at the time – on partnership contracts. In his defence, the Senegalese’s lawyers explained during the trial that the funds “were paid with the agreement of the IAAF to a company through a contract that was audited. Everything was authorised and endorsed by the IAAF, including the financial director.” The international body’s lawyer, Régis Bergonzi, unsurprisingly presented a completely different version of the case. He suggested that Lamine Diack, together with his son and accomplices, had set up a system for embezzling funds paid by the Russian bank VTB. The contract amounted to 65.5 million euros, but the IAAF only received 13 million euros. “The honour of athletics and the federation has been destroyed,” said Mr Bergonzi, claiming a total of €41.2 million in damages. The IOC claimed a symbolic one euro. The World Anti-Doping Agency (WADA) is seeking 300,000 euros in compensation. Only one other defendant, Lamine Diack’s former legal advisor, Habib Cissé, was present at the trial. His lawyers pleaded for acquittal. Two other defendants convicted at first instance, former Russian athletics officials Valentin Balakhnitchev and Alexei Melnikov, did not appeal. The last two protagonists of the case, Lamine Diack and the former head of the IAAF’s anti-doping department, Frenchman Gabriel Dollé, have died since their conviction.